Grammy-nominated mezzo-soprano Laura Pudwell’s reputation as a superb vocalist has been well-established as a result of her performances in London, Paris, Salzburg, Houston, Vienna and Boston. Her vast repertoire ranges from early music to contemporary works. Ms. Pudwell is equally at home on the opera, oratorio or recital stage, and has received international acclaim for her recordings.

On the opera stage, Ms Pudwell has performed across Canada with such companies as Opera Atelier, the Calgary Opera, Vancouver Early Music and Festival Vancouver, as well as with the Houston Grand Opera and the Cleveland Opera. Her many roles include Cornelia (Giulio Cesare), Marcelina (Le Nozze di Figaro), Nerone and Arnalta (L’Incoronazione di Poppea) Mrs. Quickly (Falstaff), and Dido/Sorceress (Dido & Aeneas), which also was an award-winning recording performed by Ms. Pudwell in Paris.

Ms. Pudwell lives in Kitchener-Waterloo, Ontario with her husband and two children.

Canadian soprano Corey Linforth is a young singer with a vibrant voice at the beginning of a promising career in oratorio and early music.

Corey has attended a number of young artist programs including Triora Musica – Early Opera (Italy), where she played Nunzia in La Liberazione di Ruggiero, by Francessca Caccini, Early Music Vancouver – The Compleat Singer (Canada), and the Tallis Scholars’ Summer Schools (England). She graduated from the music program at the University of Waterloo and currently studies with Laura Pudwell, Ellen Hargis, and Michael Warren.

She works regularly as a choral singer with Guelph Chamber Choir, Spiritus Ensemble, and Arcady. In the past she has sung with DaCapo Chamber Choir.

Miriam Stewart-Kroeker is a young, emerging cellist based in Kitchener-Waterloo, and recent graduate of McGill University with a Master’s degree in cello performance under the direction of Matt Haimovitz.  Highlights of this season include performances with the Kitchener-Waterloo Symphony, the Hamilton Philharmonic Orchestra and the Georgian Bay Symphony.

Miriam has collaborated with a number of orchestras and choirs, both as a soloist and orchestral musician, but her passion remains rooted in chamber music. Miriam performs regularly for several chamber music series, including the Kitchener-Waterloo Chamber Music Society, Guelph Connections Chamber Music Series, Conrad Grebel Noon Hour series, and more.  In 2013 Miriam completed a winter residency at the Banff Centre for the Arts in solo and chamber music. Miriam’s chamber ensembles were the recipients of the Penderecki String Quartet Chamber Music Prize for two consecutive years (2009-10), and won the Canadian Music Competition in 2011 with the Zwickau Piano Quartet. She has participated in summer chamber music and orchestral programs, including QuartetFest, the Tuckamore Chamber Music Festival in Newfoundland, and the National Academy Orchestra with conductor Boris Brott.

A native of Hamilton, Ontario, Miriam has had the opportunity to study with a number of renowned cellists, namely Paul Pulford and Matt Haimovitz. Miriam is a graduate of Wilfrid Laurier University, receiving an Honours Bachelor of Music in Cello Performance as well as a Diploma in Chamber Music Performance.  She currently holds the position of principal cellist with the Georgian Bay Symphony.

When not playing the cello, Miriam enjoys baking, learning new languages, canoe tripping and other outdoor activities.  Her most recent adventure included bicycling from Seattle to San Francisco, camping along the way 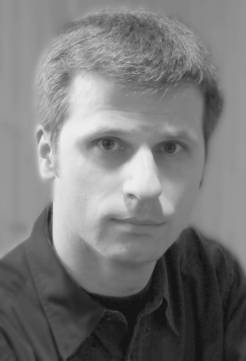 Borys Medicky performs widely as a harpsichord soloist and continuo player.  He co-directs the Toronto Continuo Collective, an all-continuo ensemble dedicated to fostering an increased interest in the stylish basso continuo accompaniment of seventeenth-century vocal and instrumental music.  From 2006-2014 he was the artistic director of the Kitchener-based Nota Bene Baroque Players.  He has served as organist of the Fifth Church of Christ, Scientist in Toronto for over a decade.

Following studies in harpsichord solo performance and literature, basso continuo and Baroque performance practice, Borys received his doctoral degree from SUNY Stony Brook and was awarded the Samuel Baron Prize, given to an outstanding graduate.  He is known for his strong interest in historical dance and its influence on instrumental music.  In addition he carries out harpsichord maintenance and repair duties for institutions and private owners, and completed his first harpsichord-building project in the autumn of 2009.  When not involved in something musical, he can usually be found engrossed in anything readable.